PROPEL YOUR WEALTH: WHAT THE QUEEN’S GAMBIT TAUGHT ME ABOUT FINANCIAL PLANNING

That game was among the most memorable in my short-lived chess career. I often think back to it, and to chess in general, when advising my clients on complex financial decisions. This post is about that fateful game and the lessons it taught me about financial planning and advising clients.

I had barely studied the Queen’s Gambit opening, but I played it anyway. It was the first round of a double-elimination tournament and I was playing someone I had easily defeated the previous year. I figured I couldn’t lose, so why not spice up the match by playing something new?

Little did I know, my opponent had improved greatly over the year. He responded to the opening effectively and I found myself behind early in the game. I should have showed him more respect by playing a more familiar opening.

When planning your finances, you don’t have opponents in the traditional sense of the word, but there are many forces outside of your control that could work against you. These forces include the potential for high inflation, poor market returns, a changing job environment, or high health care costs later in life.

It’s important to show these opponents the respect they deserve. For example, don’t take out a mortgage you can only afford if you get a promotion, don’t level up your portfolio while ignoring the inevitability of the next bear market, and don’t retire without first stress testing your financial plan against poor market returns, high inflation, and/or high health care costs later in life. You don’t want to ignore the potential of one of these challenges, and then find yourself scrambling trying to catch up later.

The Queen’s Gambit opening sacrifices a pawn to increase flexibility later in the match. So, while I was behind early, at least I had many options and more flexibility as the board developed.

There’s tremendous value in keeping your financial options open. After all, many factors in your finances will change over time. For example, since 1980, the highest federal income tax rate has changed almost a dozen times. It’s been as high as 70% and as low as 28%. This may go without saying, but the right financial strategy when taxes are 70%, may not be the optimal strategy when tax rates are much lower.

And it’s not just taxes that change. Account types change (Roth IRAs were introduced in 1997, HSAs in 2003), interest rates change, and your income, expenses, account values, and financial and life goals will likely change over time as well.

There are a number of strategies to keep your financial options open. For example, maintain an adequate emergency fund, save into a variety of different types of accounts (401(k), Roth IRA, brokerage accounts, 529s, HSAs, etc.), avoid an over-concentration in illiquid investments (including real estate), and hold off on making any irrevocable estate planning decisions until you’ve spoken with both an attorney and a wealth advisor. These are simple, easy steps that keep your options open no matter what the game of life throws your way.

Lesson #3: You Don’t Do Your Best Thinking in Crises

Unfortunately, I didn’t use the options on the chessboard well. I wasn’t used to playing from behind, my adrenaline was flowing, the clock was running out, I was all on my own, and I started to make increasingly desperate moves that ended up costing me the game.

Whether it’s a job loss, a bear market, or a change in family circumstances, there will likely be stressful times ahead. Too often, I see people add to their stress levels by deciding it’s the right time to make a big financial decision as well. It’s almost never advisable to make a decision like retiring, abruptly changing your investment strategy, or buying a home in a time of stress. In fact, there have even been studies that show that financial stress can temporarily lower your IQ.

Fortunately, unlike chess, you typically don’t have a clock that’s forcing you to make any decisions right away, and you’re not in this alone. So, when times are stressful, take a step back and talk to someone you trust (like your Brightworth Wealth Advisor) before making any big financial moves, one-way bets, or irrevocable decisions.

Lesson #4: It’s Not Too Late to Get on Track

That humbling first-round defeat sent me straight to the loser’s bracket, where I played more thoughtfully, won a string of games, and clawed my way back to the championship match. Since my opponent (who came out of the winners’ bracket) hadn’t lost a game yet, I had to beat him in two successive games to win the tournament. I won the first game in a nail-biter, lost the second, and went home with the 2nd place trophy.

Albert Einstein once said “compound interest is the eighth wonder of the world. He who understands it, earns it... He who doesn’t…pays it.” He was right. Good financial decisions made early can compound to create tremendous wealth over time. Likewise, bad decisions made early (like me playing the unfamiliar Queen’s Gambit), can come back to haunt you later. While we can’t redo the past, we can control our present and proactively start making good financial decisions (like respecting our opponents, keeping our financial options open, and building a team of trusted experts to help evaluate financial decisions in times of stress). I’ve heard it said that in life, as in chess, forethought usually wins. 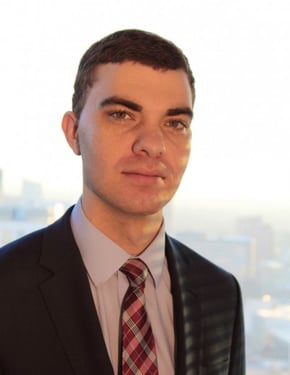 Wesley joined Brightworth as a Financial Planner in 2017. He started his career at a fee-only wealth management firm in Silicon Valley where he developed plans to help high net worth clients use their wealth more purposefully and assisted with firm-wide strategy and operations.

PROPEL YOUR WEALTH: WHAT THE QUEEN’S GAMBIT TAUGHT ME ABOUT FINANCIAL PLANNING

In 2005, I played the Queen’s Gambit in a crowded room in a public library in Hershey, Pennsylvania. No, I wasn’t streaming the ...
Start Reading